Mayor Dillon Meek was elected Mayor of Waco on November 3, 2020. He served on the Waco City Council from 2015-2020, representing Council District IV, which includes parts of downtown and Central Waco. While on City Council, he learned the importance of listening, fostering collaboration, and building consensus. He is a graduate of Baylor University and Baylor Law School, after which he has worked as an attorney and in business specializing in real estate. He currently serves as the general counsel for First Title Company in Waco.

Scott Lewers serves as Executive Vice President of Multiplatform Programming, Factual & Head of Content, Science.  Reporting to Chief Brand Officer of Discovery and Factual Networks Nancy Daniels, Lewers is responsible for the networks’ content strategy and schedule, as well as the overall digital strategy for each network.  Lewers has received recognition and awards for his work, including the 2012 Sports Emmy® Award for Outstanding New Approaches Sports Event Coverage for his part in the team effort in bringing to Discovery Channel Space Jump Live, Felix Baumgartner’s death-defying leap from space to Earth. In 2021, under his strategic lense, Discovery has continued to dominate the cable universe with 4 of the top 10 unscripted cable series, more than any other network, among M25-54.  His strategic vision has helped propel Discovery to end the year as a Top 5 cable network.

Dr. Jeff Hall has worked at Lowell Observatory since August 1992, and now serves as Lowell’s Executive Director. Dr. Hall began at Lowell as a postdoctoral researcher working on a long-term program of monitoring activity cycles in Sun-like stars as well as the Sun itself. In addition to the astrophysics, this work touches on the interesting area of solar effects on climate. Dr. Hall is Chair of the American Astronomical Society’s Committee on Light Pollution, Radio Interference, and Space Debris and has played an active role in dark-sky preservation efforts around Arizona. He is also the Chair of the Solar Observatory Council for the Association of Universities for Research in Astronomy (AURA).

Dr. Danielle Adams is a cultural astronomer whose research focuses on the development and heritage of indigenous Arabian astronomy, Arabic historical literature and modern-day star names.  Dr. Adams earned her MA in Cultural Anthropology from the University of Arkansas in 2000. She earned her PhD in 2018 from the School of Middle Eastern and North African Studies at the University of Arizona, with a minor in Cultural Anthropology from the School of Anthropology. Dr. Adams is the Chief Marketing and Revenue Officer at Lowell Observatory and is a member of the Historical Astronomy Division of the American Astronomical Society (AAS), and she also serves as a member of two working groups of the International Astronomical Union (IAU): the Working Group on Star Names (WGSN), and the Working Group on Archaeoastronomy and Astronomy in Culture (WGAAC).

Dr. Barbara Castanheira Endl earned her B.Sc. in Physics (2002), M.Sc. in Astronomy (2003), and her Ph.D. in Physics (2007) at Universidade Federal do Rio Grande do Sul, in Brazil, before joining at the University of Vienna in Austria as a postdoctoral research associate (2007-2012). In 2010, Dr. Endl became a postdoctoral research fellow at the University of Texas at Austin, where she continues to serve as a research fellow. She has worked as an adjunct professor at several institutions, including Austin Community College, and Texas State University. Dr. Endl joined Baylor as a Lecturer of Physics in 2016. Her research focuses on gaining a better understanding of stellar evolution, primarily through white dwarf stars – the final evolutionary stage of 95% of all stars.

Monica Sedelmeier serves as the Director of Communications and Marketing for the City of Waco. Prior to her role with the City, she worked as the Chief Marketing and Quality Officer for a healthcare system in Iowa. She has prior experience from both the Houston Independent School District, where she provided expertise in communications, project management, and strategic planning, and Rice University, where she developed programming and marketing communication strategies to increase awareness and address strategies for growth. Monica holds a Bachelor of Science in Business and Marketing as well as a Master of Business Administration. 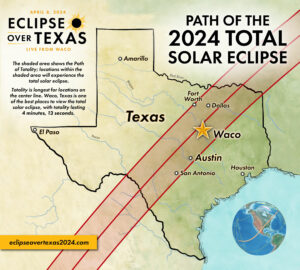 To be released publicly on April 8, 2022. Please check back for further updates.